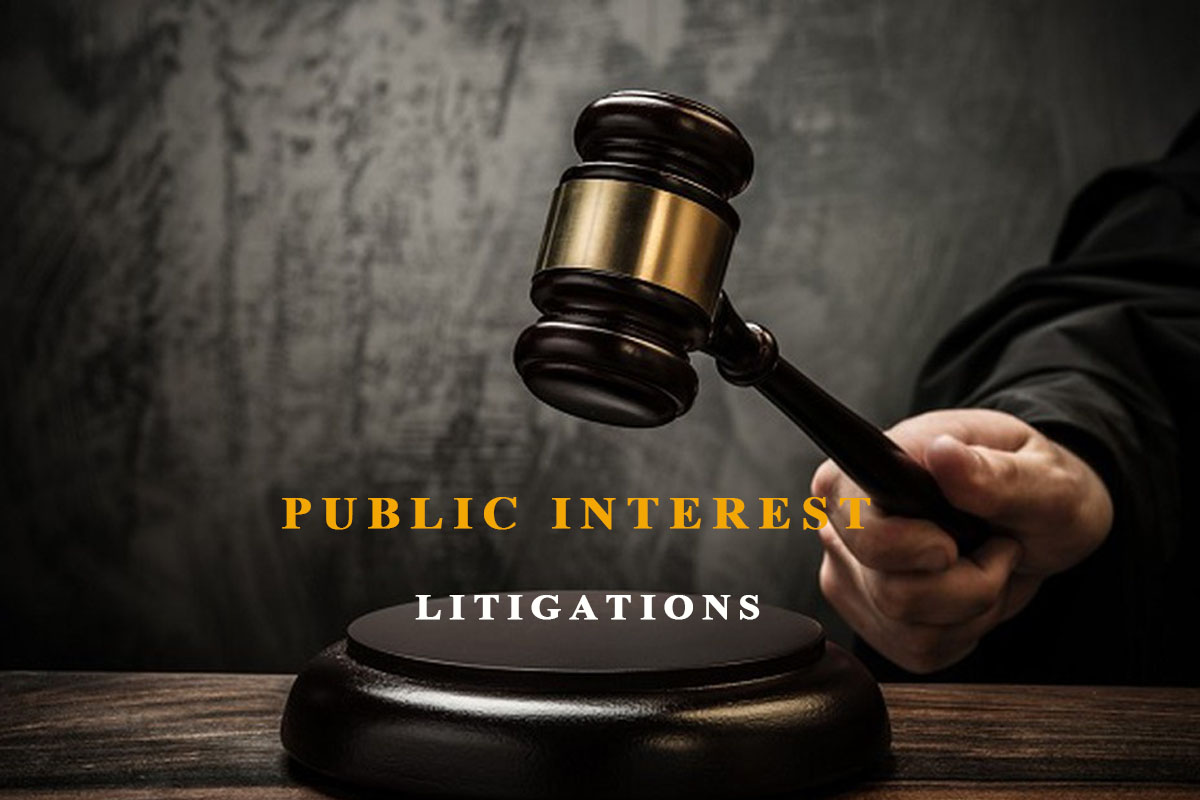 The Indian laws grant the public with the power of taking up litigation to any court in India regarding disputes which are of public interest. Our team of public litigation lawyers will take upon matters such as environmental degradation, construction hazards, terrorism, maintenance of heritage sites, non-payment of wages, bonded labour, issues faced by the weaker sections of the society, etc.

Hence, through the enforcement of other people’s rights, the society at large will benefit. Our firm aims to help build a society where there is no discrimination, with reduced injustice and more environmental protection.

Our legal experts will assist you to draft and file a PIL petition. We will also advocate for your need as well as for the rights of the society who deserve justice in a progressing world.

Our leading PIL advocates have created landmark judgements at the Supreme Court and are still advocating PIL cases which have the potential to be benchmark verdicts that can benefit the nation at large. Some of these cases are:

This PIL requested the Supreme Court of India to completely curb the unhealthy practice of dedicating minor virgin girls to Uttangi Mala Durga Temple ar Harappanahalli Taluk of Devanagar District, Karnataka where they were then sold to brothels on 13th February every year. This is an outright social injustice, where minor girls are manipulated and sold to brothels for prostitution, in the name of deity pleasing.

The Court was of verdict that such practices must be immediately banned and strong vigilance should be set out on 13th and 14th February every year. The girls would be given counselling and rehabilitation as necessary.

It was contended that with Prevention of Cruelty to Animals (Care and Maintenance of Case Property Animals) Rules, 2017 and with some provisions from PCA (Regulation of Livestock Markets) Rules, 2017, that livestock farmers had to prepare an affidavit when buying or selling their livestock. This was to emphasize that the livestock were not sold for meat. This put severe restriction on the livestock farmers. The PIL petition which sought the removal of these Acts and its provisions was held by the Supreme Court to be enacted.

This landmark judgement has taken an advance step to curb the social evil of dowry practice even though there are existing provisions and Acts to prevent it. The PIL sought to completely eradicate the dowry practice by requesting for the following reliefs:

The Supreme Court has appreciated this PIL and strongly agreed to the above mentioned reliefs and requested the Law Commission of India to create the necessary legislative policies.

We will represent you yet again for various Public Interest Litigation cases and help engineer the society into a better environment.